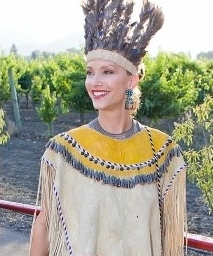 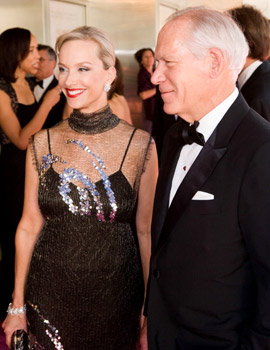 OJ Shansby (in Chanel) with her husband Gary Shansby, September 2007

We were intrigued by OJ Shansby’s red carpet style, and so we caught up with her in January 2009 and asked:

Style at-a-glance: OJ says she likes to have fun with her fashion choices and she recommends no one take her and her wardrobe too seriously.
How she decides what to wear: In San Francisco, OJ checks the weather before making her final wardrobe decisions. She avoids wearing white when the weather is gloomy. OJ also considers the comfort factor, especially when choosing shoes — is it a sit-down dinner or stand-up reception?  She does her best to recall what she wore the last time with the same crowd — she said it can be boring to be redundant.
OJ’s current favorite designers: Chanel, Marni, Fendi, Giambattista Valli, Lanvin
Hair guru: Glenn at Joseph Cozza Salon
Makeup artist: Anna at Blink
The item in her closet that finally found its moment: An Apache cape worn to John Traina’s Fourth of July bash in 2008; it usually hangs on the wall
Hard to resist: Jewelry; especially large statement pieces from Iradj Moini and Tony Duquette
Fragrance:   Fendi 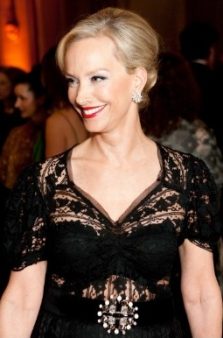 OJ Shansby in an antique lace dress that belonged to her grandmother, September 2008 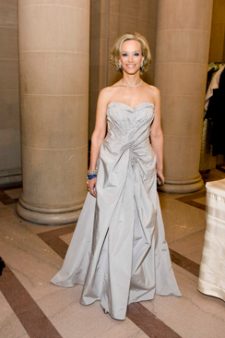 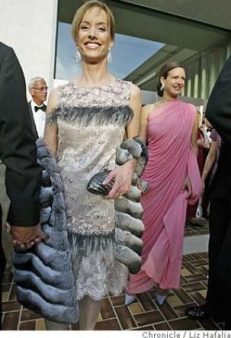 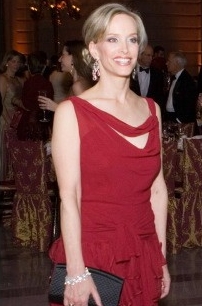 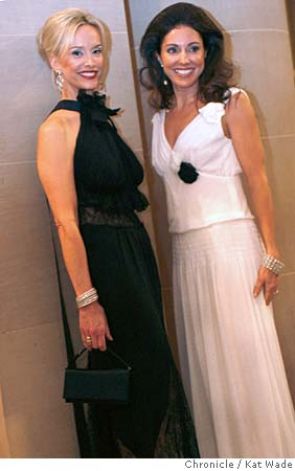