Home Between Us ... Dr. Carolyn Chang is In (Style) 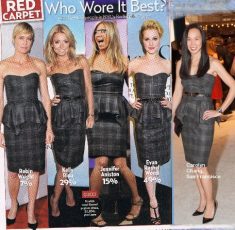 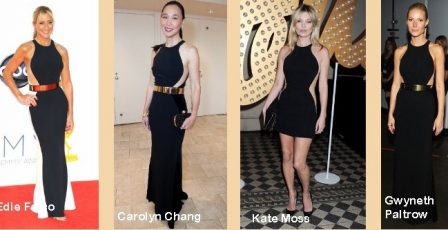 January 28, 2013 — Red Carpet Bay Area adds San Francisco plastic surgeon Dr. Carolyn Chang to our list of the most fashionable women in the Bay Area. Dr. Chang’s tastes in clothes reflect her work aesthetic. When it comes to plastic surgery Chang guides her patients toward a clean, modern and natural appearance, and when it comes to fashion she chooses architecturally sound pieces with embellishments, yet nothing super flashy. Her mantra: more is not more in plastic surgery, or in clothing.

Dr. Chang considers fashion her hobby. She has been to Paris Fashion Week twice, and her favorite show was Chanel at the Grand Palais.  She typically wears Rick Owens for casual, Gucci to the office, and Alexander McQueen, Alaia, and Chanel for fancy. Other favorites include Andrew Gn, Balmain, Givenchy and Roland Mouret.  A recent acquisition she is particularly excited to wear is the new Le Smoking from Saint Laurent. Dr. Chang, in response to the inquiry as to what she would wear if she were in her 20s, says “More Balmain, especially the super-short styles.”

Dr. Chang’s tips for anyone considering plastic surgery: try small things along the way, keep it under the radar, and do it as soon as you are ready because your results will be better, longer lasting, and more subtle the younger you are.

Fashion rule: get the total look.  Everything, including the handbag and shoes, must be in harmony.

Makeup: Valerie of Beverly Hills eye makeup and tips for Asian eyes, along with her custom-blended foundation; Estee Lauder lipstick in shades of neutral.

Where she shops: Cielo, The Curve, and Susan, all in San Francisco.

What she does with her old clothes: sells the serious pieces online at The Real Real, and her more casual and work clothes at Goodbyes in San Francisco.

Dr. Carolyn Chang is In (Style): 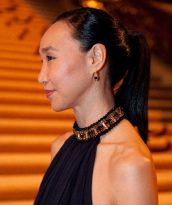 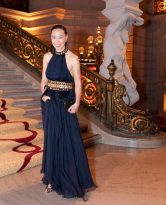 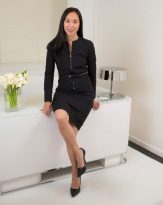 Carolyn Chang in Gucci for a C Magazine photo shoot 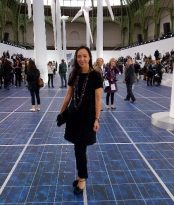 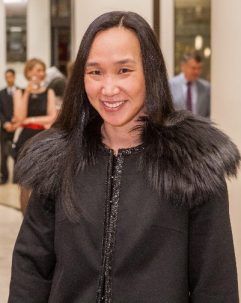 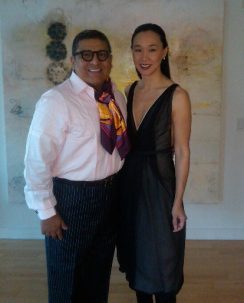 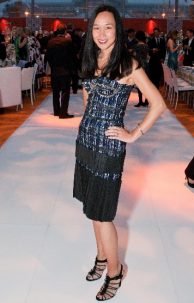 Carolyn Chang in a dress and shoes by Bottega Veneta, at the Asian Art Museum Gala, 2012 (Drew Altizer Photography) 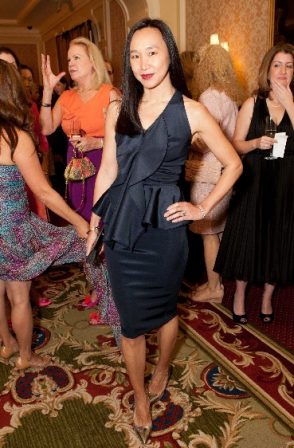 Carolyn Chang in a cocktail dress by Givenchy at the San Francisco Ballet Auxiliary fashion show, 2012 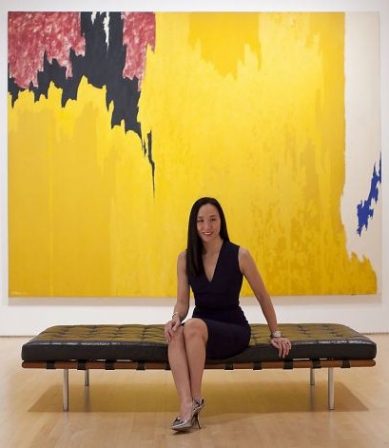 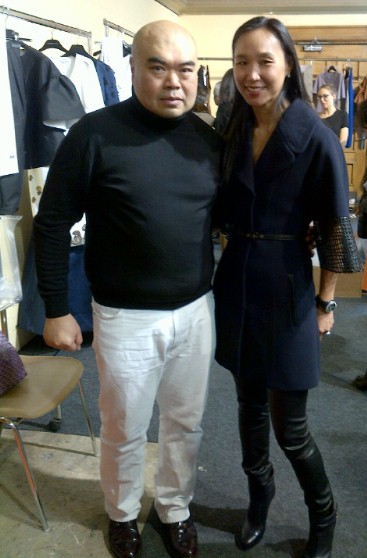