Home Museum Exhibitions Artistic Luxury at the Legion of Honor

A visit to San Francisco’s Legion of Honor in Golden Gate Park will bring you back to the scene in 1900 at the World’s Fair in Paris. It was there, for the first and only time, artists Peter Carl Fabergé, Louis Comfort Tiffany and Rene Lalique exhibited their work in the same venue.

The Legion’s Artistic Luxury: Fabergé, Tiffany, Lalique exhibition explores the master techniques and artistry of the three designers and the rivalry between them. The exhibition brings together 250 objects from more than 40 international lenders including Her Majesty Queen Elizabeth II, His Serene Highness Prince Albert of Monaco and San Francisco’s own Dede Wilsey. Now through May 31, 2009.

Artistic Luxury at the Legion of Honor 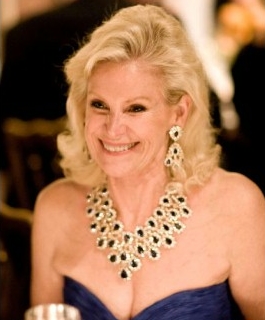 Dede Wilsey, President of the Board of Trustees for the Fine Arts Museums of San Francisco (photo by Drew Altizer)

The International Exposition in Paris, 1900, where together Fabergé, Tiffany & Lalique last shared displays of their decorative objects and jewelry