Some people collect Ferraris, Christine Suppes collects haute couture. In fact, her couture collection is featured in a book scheduled for release in May 2015 entitled Electric Fashion co-written by Frederic Aranda of London, foreword by Ken Downing. On May 27, Downing will host an invitation-only event at Neiman Marcus, San Francisco, to celebrate the book launch.

Suppes was one of the first fashion reporters on the World Wide Web, among the first journalists from California accredited with the Federation Francais de la Couture, and she started the first Internet based editorial network, Fashionlines, online from 1999 – 2007. Suppes is a Friend of the Metropolitan Museum of Art’s Costume Institute, member of SFMOMA’s Modern Art Council and a supporter of the Fine Arts Museums of San Francisco. 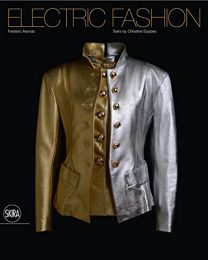 Christine Suppes at the Tribal Arts and Textile Show in San Francisco, February 2014 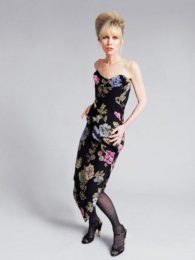 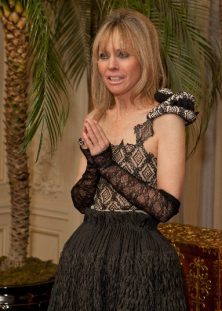 Suppes in on aura tout vu, at a private event introducing ModeWalk, February 2012 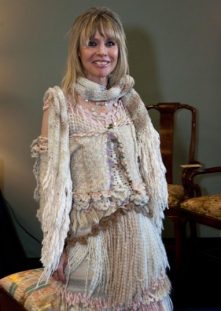 Christine Suppes in Rodarte at Discarded to Divine, a benefit for the St. Vincent de Paul Society 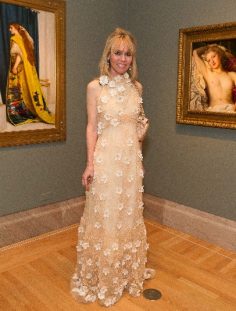 Christine Suppes in Rodarte at the de Young Museum for the Cult of Beauty exhibition opening, February 2012 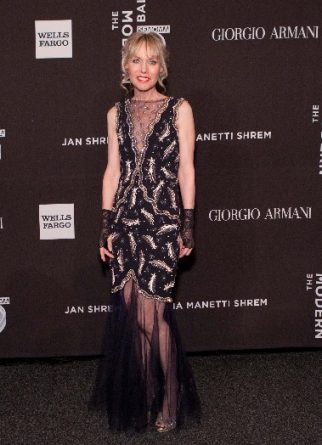 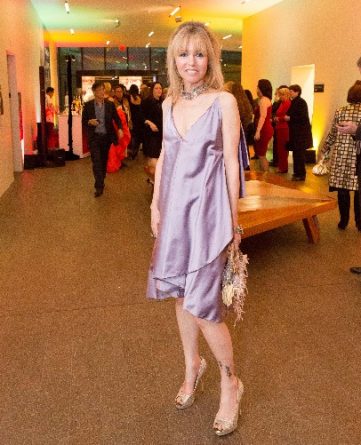 In Gaultier Haute Couture and a transfer tattoo at the de Young Museum for La Grande Fete, March 2012 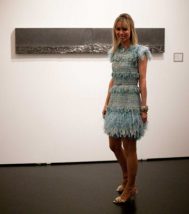 In Chanel at SFMOMA for Modern Art Council’s Art Auction 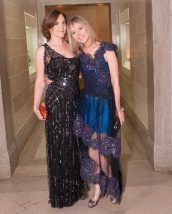 Christine Suppes in Rodarte with her daughter Alexandra at the Legion of Honor for the Royal Treasures from the Louvre exhibition opening, November 2012 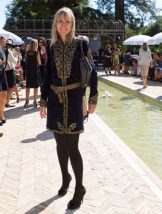 Christine Suppes in Chanel at a private event in Atherton, California 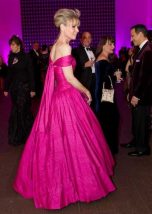 Christine Suppes in an original Balenciaga from his 1950 collection, at the Balenciaga and Spain exhibition opening at the de Young Museum 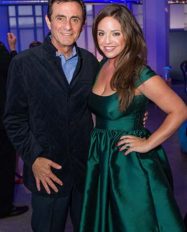 Before Fashionlines, Suppes wardrobe was filled with Geoffrey Beene and Yves Saint Laurent. Once she began covering Chanel fashion shows in Paris she was hooked on couture. In addition to Chanel, her current favorites include Rodarte and on aura tout vu, based on their historical importance and long-term value.

Suppes shares her fashion don’ts when it comes to wearing couture:

She explained, “The couture look is a natural one; I recommend looking sensational and fashionable by investing in and wearing four items well: a dress with a low-cut decolletage, a form-fitting dress, a mini-dress and a diaphanous dress.” Suppes also said she has a weakness for lace. When asked what she would wear if she were 20, Suppes said: sculpted, crazy high heels, everything else I wear. For makeup and hair in the Bay Area, Suppes recommends Alex Chases Salon in Menlo Park.