In case you haven’t heard, the San Francisco Symphony Opening Gala on September 7th plans are set, and the parties are selling out fast! Michael Tilson Thomas will lead the Gala concert that features two superstars of the opera, Renée Fleming and Susan Graham, with the Symphony Orchestra. The evening marks San Francisco Symphony Orchestra’s 105th opening. The Gala program pays special tribute to American composer Steve Reich on his 80th birthday with a performance of Three Movements. Rossini’s Overture from William Tell and Ballet Music from William Tell are also on the program. 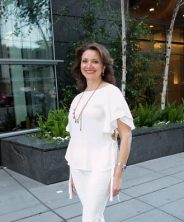 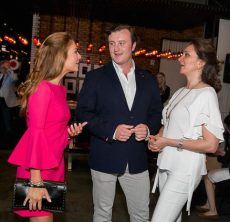 The Leaders of the Parties at City Hall

City Hall is a special place for Maryam Ghajar Milani, she and her husband Martin Milani were married there beneath the Grand Rotunda. She joined the San Francisco Symphony just two years ago and now serves as a board member for the Silicon Valley League and on the Junior Committee League. “Classical music is and has always been a very important part of my life,” she says fondly. “I was warmly welcomed in the San Francisco Symphony volunteer community.” For the Symphony Supper under the Grand Rotunda on opening night, her vision is urban and bold and the color palette is neutral. “I’ve seen so many events in City Hall that take inspiration from the building’s beautiful Beaux-Arts style. I want this one to be different.”

At the Symphonix Dinner in the North Light Court, guests can expect a contrast to the contemporary setting in the Rotunda. Co-chair Whitney Hudak describes it as “elegant yet organic and green.” Décor and lighting design for the opening celebrations is provided by Blueprint Studios and GotLight. Both dinners are catered by McCall Catering and Events.

“Seeing all the beautiful young women and men and experiencing their great energy adds to the allure of opening night,” says Ghajar Milani. “It is a pleasure for the two groups to celebrate together in such a special place.”

Symphonix Dinner co-chairs Whitney Hudak and Jesse Hunt began planning their opening night dinner party in January. According to Hudak, it is a lot of work and a lot of fun. “We’ve attended countless meetings, built our host committee, planned a few pre-parties and pushed for ticket sales.” Hudak is quick to compliment the full-time staff at San Francisco Symphony for doing the lion’s share of planning and keeping the team on track.

Both Hudak and Hunt are board members of Symphonix. “Symphonix activities are a great way to reach out to new audiences. We have more members this year than in the past 10 years, and the ages range from recent college graduates to people in their mid-50s and 60s,” reports Hudak. “We host four membership parties throughout the year, and San Francisco Symphony does a great job providing enticing concerts throughout the summer.” San Francisco Symphony’s summer programming this year included a James Bond night, music from John Williams — from Star Wars to Harry Potter, a Star Trek 50th Anniversary Concert and feature films with the live orchestra, just to name a few. Sound Box is another example of the Symphony’s innovative and effective approach to new audiences. 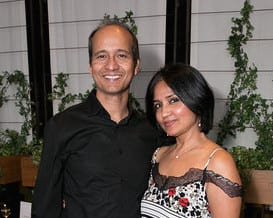 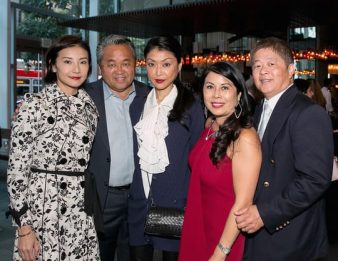 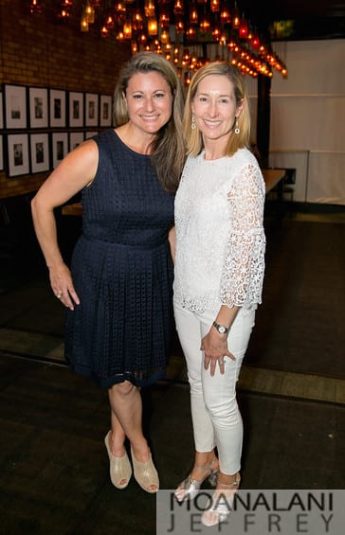 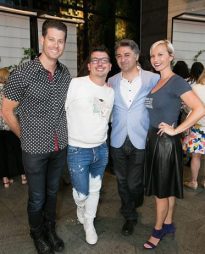 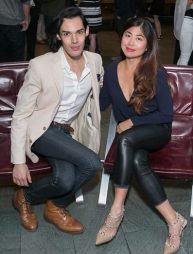 Have I mentioned the afterparty on opening night? Stay tuned for those details, as well as fashion tidbits, coming soon. I don’t know about you, but I am looking forward to September 7th! If you haven’t bought your tickets, I suggest doing so asap by clicking here. There are just a handful left — the events will sell out.