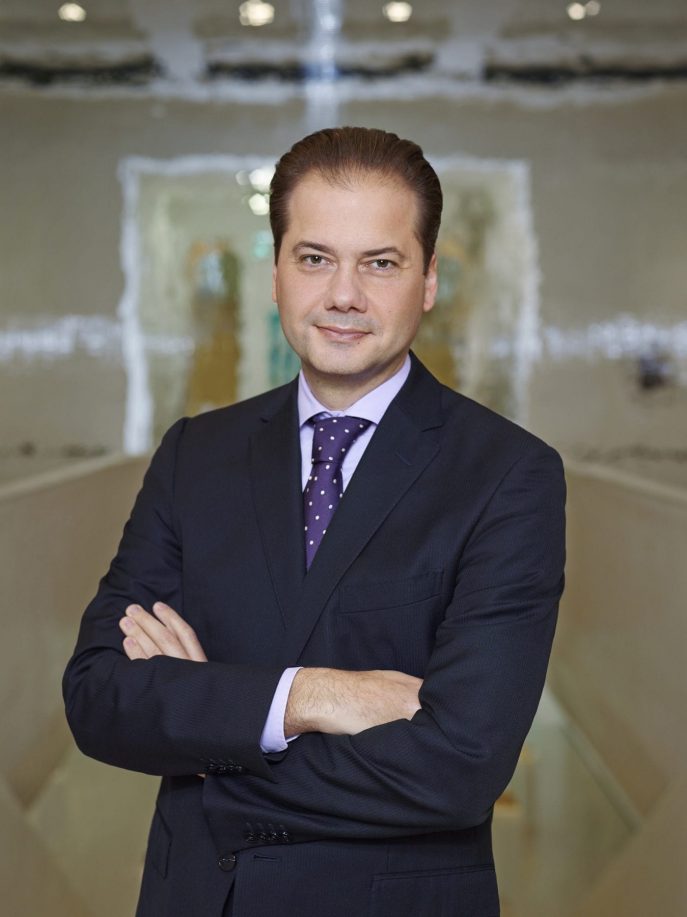 Max Hollein, currently director of Frankfurt’s Schirn Kunsthalle, is the new director of Fine Arts Museums, San Francisco, effective June 1, 2016. Hollein is one of the key figures in the European art world, leading three of the most important and innovative arts institutions in Germany. He began his career at the Guggenheim Museum in New York under the leadership of Tom Krens and curated numerous exhibitions, including the American pavilion at the Seventh Venice Architecture Biennale in 2000 and the Austrian pavilion at the Venice Art Biennale in 2005.

Hollein will manage some 500 employees at the Legion of Honor and de Young Museums. He was chosen after an extensive international search by a selection committee of the Fine Arts Museums Board of Trustees, led by Jack Calhoun.“We are thrilled to be able to name a new director of such international acclaim to lead the next chapter in our institution’s history,” said Jack Calhoun, Chairman of the selection committee. “Over the past year we cast a wide net to ensure we found a proven leader to strengthen our management and propel our artistic momentum. Hollein’s combined art and finance perspective, his impressive background simultaneously leading three great art institutions in Frankfurt, his fund raising acumen, and his ability to harness technology and new media to increase income and engage audiences, make him a perfect match for the Fine Arts Museums of San Francisco. Under his tenure, the Städel Museum experienced its most significant growth in history, and we are excited to benefit from his experience and innovative approach.”

Under Hollein’s leadership in Frankfurt, all three institutions saw record levels of attendance and the Städel was named Museum of the Year by the international art critics association AICA. The institutions significantly increased their activities and outreach through a major digital expansion and redefined communication and education programs. In addition, more than 2,800 artworks were added to the museum collections during his tenure. Hollein is a member of supervisory and advisory boards of cultural institutions worldwide, including the State Hermitage Museum in Saint Petersburg, the Palais de Tokyo in Paris, the Istanbul Modern Museum, the Neue Galerie in New York and the National Gallery in Prague. Hollein was named “Chevalier dans l`Ordre des Arts et des Lettres” in 2009 by the French Minister of Culture and received the Austrian “Medal of Honor for Science and the Arts” in 2010.

“Max has extraordinary curatorial experience and is an entrepreneurial, forward-thinking director. He believes the duty of a museum does not end in the building but extends to the wider community,” said Board President Diane B. Wilsey. “There is a renaissance happening in San Francisco and we have been looking for someone who can capitalize on this energy to take us forward into our next chapter. I am excited for the fresh thinking and ideas that Max will bring to us and to the city.”

Asked about his initial goals at the Fine Arts Museums of San Francisco, Hollein said: “Besides an emphasis on high-level programming, significant collection building and audience development, further engagement of our public — and an even wider definition of who that is — will be a primary task. More and more museums, especially encyclopedic ones, do not exist as solely a place to visit, but also as a center of cultural education, complex narration and contemporary discourse. Developing this further and implementing it for a diverse audience, within an environment that is already so rich and full of opportunities and flourishing platforms, will be a significant mission.”