Home Featured Articles The Love Boat May be Making Another Run

The Love Boat was a popular sitcom from 1977-1986 set on a cruise ship and best known for its guest stars. On an episode broadcast in October 1985, Andy Warhol guest-starred as himself with Milton Berle, Tom Bosley, Andy Griffith, Cloris Leachman and Marion Ross.  Costumes for The Love Boat were designed by the late Nolan Miller, best known for his work as costume designer for Dynasty.  Fashion designers Geoffrey Beane, Halston, Bob Mackie and Gloria Vanderbilt appeared in an episode that was broadcast in October 1981.

The Love Boat was produced by Aaron Spelling and Douglas Cramer, who is also one of America’s top collectors of contemporary art and a founder of the Museum of Contemporary Art in Los Angeles.

According to Variety, The Love Boats, a musical based on the 1970s book by Jeraldine Saunders that inspired the television show is a possibility for a Las Vegas debut in 2014. 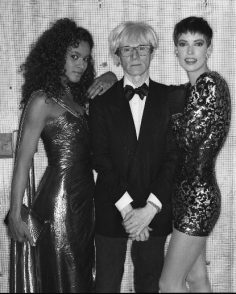 Andy Warhol with models, on-set for The Love Boat in 1985 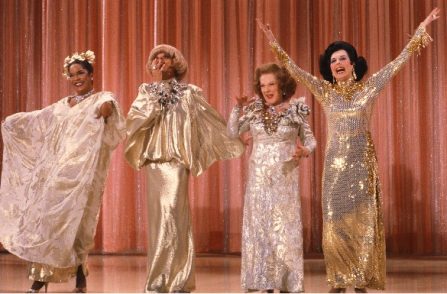 Della Reese, Carol Channing, Ethel Merman and Ann Miller performed on an episode of The Love Boat in 1982