Mr. Shilvock said at a press conference: “San Francisco Opera has a long tradition of finding, nurturing and celebrating the very finest talents. That is as vibrant a part of the Company’s activities today as it ever was, and I am committed to ensuring that we remain on the forefront of artistic excellence and innovation, whether on the glorious stage of the War Memorial Opera House, or through the exciting new possibilities of the Diane B. Wilsey Center for Opera. We will bring to this Company the very finest artists and the most compelling productions, creating holistic presentations that move, transform, empower and entertain audiences. San Francisco Opera tells the world’s most powerful stories, and those stories are as relevant today as they ever have been. We are blessed to exist in a city of such energy and possibility and we are proud to be able to share exciting, powerful productions with this most iconic of communities.”

Mr. Shilvock complimented Mr. Gockley, San Francisco Opera’s sixth General Director, who will retire in July 2016: “I want to take this opportunity to acknowledge the extraordinary impact that David Gockley has had on my career and life. He is a mentor, a friend and truly one of the greatest American opera impresarios. I am forever grateful to him for believing in me and trusting me.” 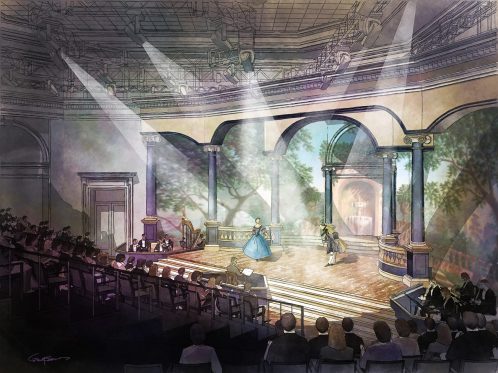 A rendering of the future Diane B. Wilsey Center for the Opera

San Francisco Opera’s illustrious history as one of the leading producers for the international lyric theater stage began in 1923 with the founding of the Company by Neapolitan-born pianist and conductor Gaetano Merola, who served as general director until 1953. During the first decade, the Company performed at the Civic Auditorium and for two seasons at the Dreamland Auditorium. It was because of Merola and the Company’s Board that the dream of building the War Memorial Opera House came to fruition with a grand opening on October 15, 1932 with Puccini’s Tosca.

In 1953, while conducting an outdoor concert of opera highlights at Sigmund Stern Grove, Maestro Merola suddenly died on the podium. Looking within the Company, the Board chose Company chorus master, Austrian-born Kurt Herbert Adler, to serve as artistic director. Adler was subsequently promoted to general director in 1957 and presided over a highly innovative and groundbreaking period until 1981.

Canadian-born Terence McEwen, a former head of the powerful and influential London Record label, became the Company’s third general director in 1982, retiring in 1988, coincidentally on the same day that Adler unexpectedly died.

Lotfi Mansouri, an Iranian-born and European trained stage director, veteran of over 50 San Francisco Opera productions and former General Director of the Canadian Opera Company, succeeded McEwen in 1988 until 2001.

American-born Pamela Rosenberg, former head of Germany’s Stuttgart Opera, took the Company reins in 2001, opening her first season only days before the 9/11 tragedy struck, and directed the Company until 2005.