Formerly known as Patient #3, Ebola survivor Dr. Ian Crozier spent two days fundraising in San Francisco after his identity was revealed by the New York Times on December 7, 2014. When Ebola broke out in the Sierra Leone, Dr. Crozier was working with Accordia Global Health Foundation at the Infectious Diseases Institute in Kampala, Uganda. While many local physicians and medical staff left the “hot zone,” Dr. Crozier chose to go there and help, and he contracted the disease.

As a guest of Sheryl Sandberg at Facebook Headquarters, he described his three unique experiences. First, as a doctor in the hot zone, second, as the sickest Ebola patient ever to survive, and finally, as a member of the Accordia team treating infectious diseases in Africa. A panel discussion entitled Ebola and Beyond: Building for a Healthy World, featured Dr. Alex Godwin Coutinho, an African physician and leader who has responded to two Ebola epidemics, Dr. Warner Greene, executive chair of Accordia Global Health Foundation and founding director of the Gladstone Institute of Virology and Immunology, and was moderated by Facebook’s Ime Archibong. 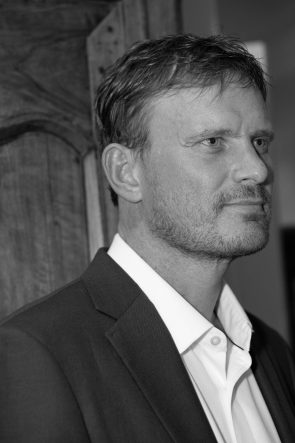 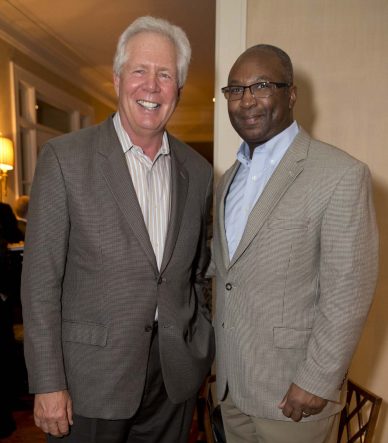 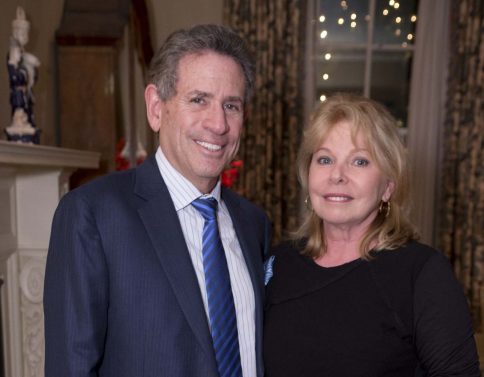 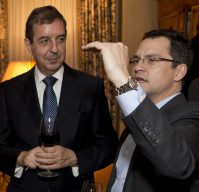 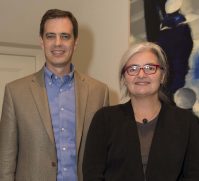 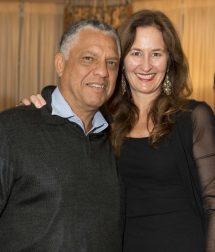 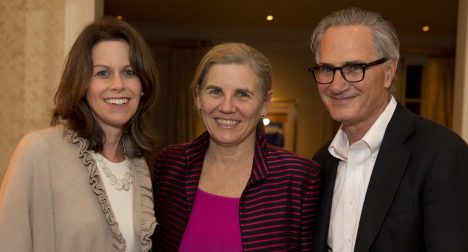 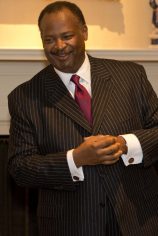 On December 8th, the public was invited to meet Dr. Crozier at a World Affairs Council symposium, The Real Risks of Ebola, with Jane Coyne of Médecins Sans Frontières and Dr. Gavin Yamey of UCSF Global Health Sciences. In case you missed it, click here to watch the video. On December 9th, Dr. Crozier, Dr. Greene and Dr. Charles Holmes, executive director of the Centre for Infectious Diseases Research, Zambia, participated in a media roundtable and met with students and doctors at UCSF’s new Mission Hall Global Health and Sciences Building. That evening, founders of DripDrop, Jane and Doug Wolf hosted dinner and conversation for Accordia Global Health Foundation supporters at their home in Pacific Heights.

Accordia Global Health Foundation was founded by the late Dr. Merle A. Sande, Chief of Medicine at San Francisco General Hospital. Dr. Sande’s daughter, Zanne Mrlik lives in San Francisco, serves on Accordia’s board of directors, and continues to support her fathers’s work today.  In partnership with Pfizer Inc., and Makerere University, Accordia established the Infectious Diseases Institute in Kampala, Uganda in 2004. The IDI is a center for training, treatment, and research in infectious disease and for strengthening health systems in Africa. In just one decade, IDI has had a major impact on care throughout the region and is virtually self-sufficient on the basis of its own grant revenues. In addition, it has trained more than 15,000 health professionals from across Africa and works in more than half the districts of Uganda.

Accordia’s mission is to overcome the burden of infectious diseases in Africa with innovative health models, to build sustainable medical centers of excellence, and to strengthen African health institutions. Click here to make a donation to enable this vital work, or contact President Robert L. Mallett to get involved.