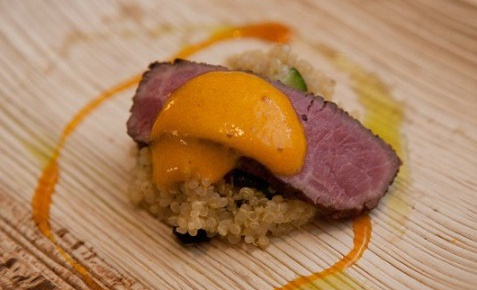 Chef Josh Thomsen of Meritage at The Claremont  will present wine pairing dinners at the Third Annual Berkeley Wine Festival, through April 25, 2012.  Proprietors and winemakers from eight Napa, Sonoma and Central Coast wineries will host receptions and dinners showcasing their wine selections with dishes prepared by Thomsen.  See below for a list of dates and participating wineries.