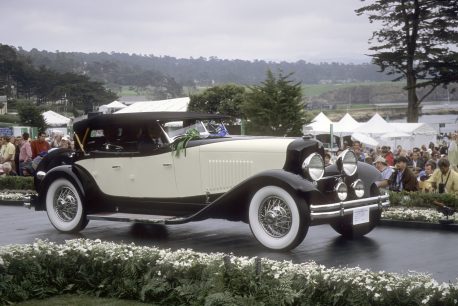 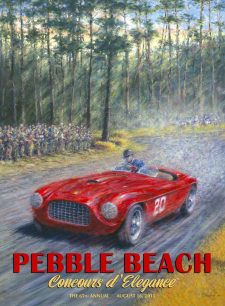 Automobile enthusiasts, American history buffs, the duPont family and Pebble Beach Concours d’Elegance attendees know there is only one duPont Model H Sport Phaeton in existence. It belongs to Richard “Dicky” Riegel III and his son Richard, members of the duPont family. Dicky’s father, the late Richard “Jerry” Riegel Jr., bought the 1931 duPont Model H in 1962. After driving it for decades he restored and presented it at the Pebble Beach Concours d’Elegance in 2005 where it was voted First in Class and received the award for Most Elegant Open Car.

On Sunday, August 16th, the Riegels and their Model H, along with some 200 of the most prized collector cars and motorcycles in the world, will roll onto the fairway at Pebble Beach Golf Links for the 2015 Concours d’Elegance. Six other duPont family members will also bring their automobiles for the competition.

Only 537 automobiles were created by E. Paul duPont from 1919 to 1931. About 30 remain in existence, and more than half belong to duPont descendants. The duPont family transformed the early automotive world in many ways. Not only through fast-drying paints and modern fabrics that decorate a multitude of classic cars, but also through leadership roles that helped define the multi-tiered nature of General Motors and saved Indian motorcycles from an early demise.

What began in 1950 as a small social event paired with a road race through the pine and cypress forests of Pebble Beach, has grown into the top-ranking collector car competition in the world. People from all over the globe come to compete in or simply witness and enjoy the Concours at Pebble Beach.

The Concours is not a contest of speed, but of elegance. Automobiles and motorcycles are judged for their historical accuracy, their technical merit and their style—and the best garner reward and recognition.

The 2015 Pebble Beach Concours d’Elegance will feature the following marques and special classes: