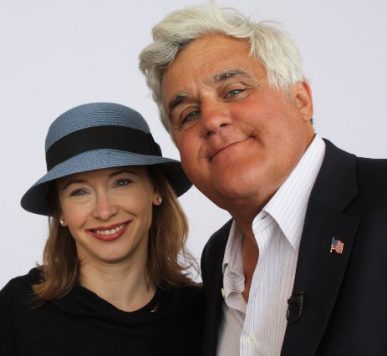 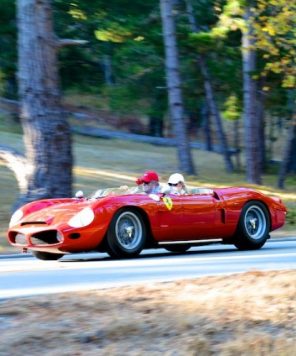 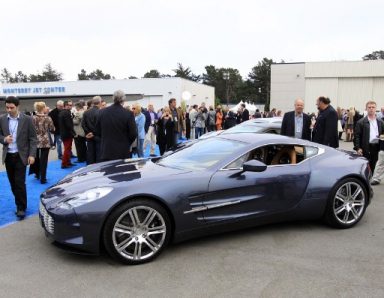 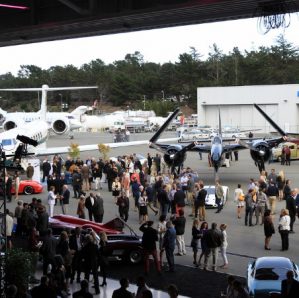 Considered by many as the launch party for August automotive week in Monterey, California, Gordon McCall‘s 22nd annual Motorworks Revival attracted more than 2,500 car enthusiasts on August 14, 2013. Guests wined, dined and mingled amongst private jets, vintage cars and an eclectic collection of vintage motorcycles spread out over two hangars at Monterey Jet Center. Notably represented with the ultra-rare One-77, Aston Martin celebrated its 100th anniversary at the event. Other featured brands included Ferrari, Pagani, Bugatti, Lotus, Gulfstream, Pilatus and Shearwater Air, just to name a few.

The car on everyone’s to-see list was the P1 by McLaren, a race meets road car that debuted at Gooding & Company’s invitation-only event on August 16. The limited production P1 was completely sold out by mid-day August 17.

Gooding & Company, the official auction house of the Concours, celebrated ten years at the Concours this year and their tent was the place to see the cars and meet the people there to appreciate and buy them. They bought — most impressively a 1997 McLaren F1 for a record-breaking $8.47 million! A personal favorite of David Gooding’s on the lot this year, the 1937 Bugatti Type 57SC Atalante, sold for $8.74 million.

First conducted in 1950, Pebble Beach Concours d’Elegance has grown to be the world’s premier celebration of the automobile. Only the most beautiful and rare cars are invited to appear on the famed 18th fairway of Pebble Beach Golf Links, expanded to the 17th fairway with 248 cars this year. As glamorous as the events are, the focus is also on charity. The Motorworks Revival Campaign raises funds for California Highway Patrol’s 11-99 Foundation that supports families of CHP officers who have paid the ultimate sacrifice. Charitable donations by the Concours d’Elegance total over $17 million. 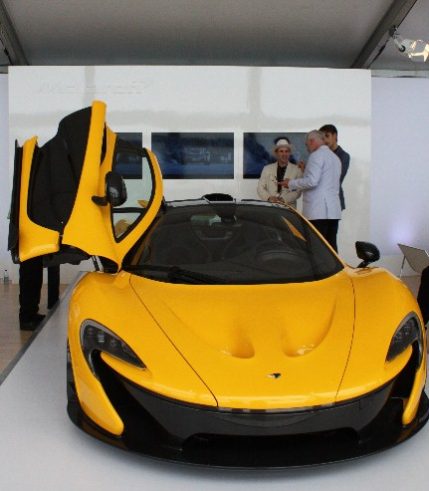 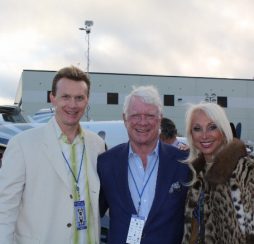 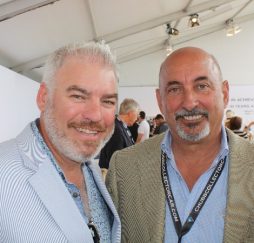 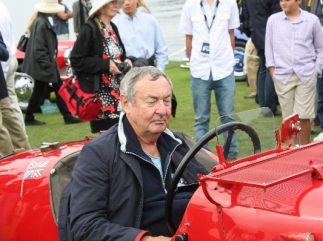 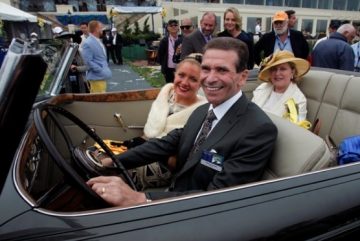 Joseph Cassini with his daughter Caroline and wife Margie in their 1934 Packard; the car had been a taxi in Puerto Rico for many years before Cassini spent three years restoring it to its former glory 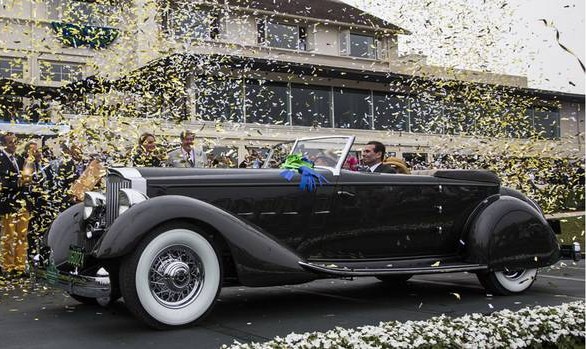