Though the Olympics is frequently cited as the oldest international competition, the title actually belongs to America’s Cup. In 1851, the schooner, America, won a race against Britain around the Isle of Wight, and donated the trophy to the New York Yacht Club under a Deed of Gift, making it a “perpetual challenge cup for friendly competition between nations.” The trophy was thus christened the America’s Cup in honor of the winning schooner (rather than the country). The format of the race has since stayed the same; one yacht, known as the Defender– the current holder of the America’s Cup– races against the Challenger.

The race did not become truly “international” until 1970, with the inception of the Louis Vuitton Cup Challenger’s Series. The tough competition for the spot of challenger paired with the evolution of sailing technology increased the difficulty of America’s Cup. This also marked the race’s debut in the courtroom as a common post-race playing field where the legality of new boat designs would be debated. The end of the New York Yacht Club’s 132 year winning streak was broken in the courtroom in 1983, when winning Australian team’s winged keel– a winged structure under the hull of a boat that increases stability– was declared legal. 1987 marked the first year the America’s Cup was defended outside of the U.S. coast.

The 2013 America’s Cup will be the most daring and exciting race yet. The recently approved AC72 boat design stretches longer than any previous model, and can race at speeds faster than twice the wind. These catamarans– a vessel with two parallel hulls of equal size– require a great level of athleticism as each of the eleven sailors sprints back and forth from hull to hull. The Defender, Oracle Team USA, has the largest wing sail ever built, and Red Carpet Bay Area is excited to see who will become the challengers. America’s Cup Finals will be held September 7 – 21, following the Louis Vuitton Cup Challenger’s Race July 7- August 30, and promises to be a spectacle in the Bay. — Nicole Clark for Red Carpet Bay Area 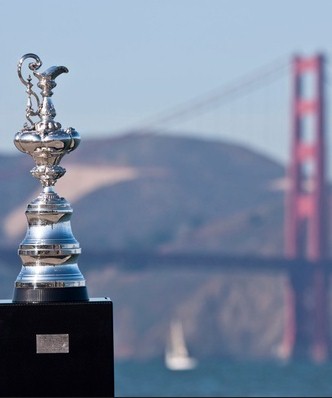 The America’s Cup in San Francisco 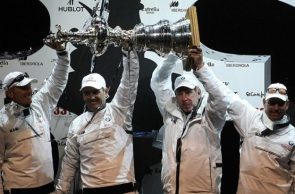 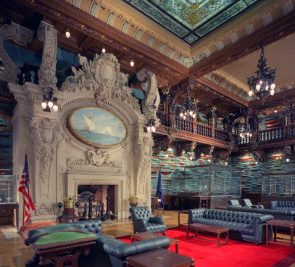 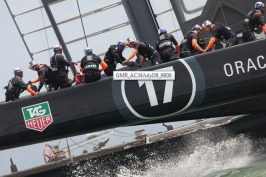 Each AC72 has eleven crew members 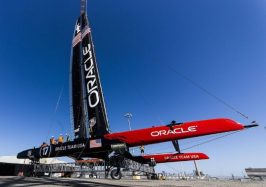 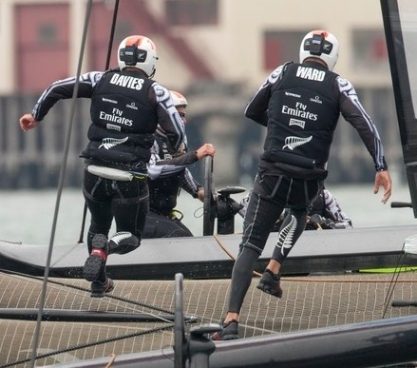