When Gabriela Tollman lost her son Charlie just 11 days after his birth, as a way to help process her grief she collaborated with her sister Evelyne Tollman on a film. The sisters explored the themes of loss in Somebody’s Mother. The Tollman sisters in life also play sisters in the film. They developed the two characters with opposing experiences in motherhood. Their characters, Anna and Clare, show two very different faces of loss.

In Somebody’s Mother. Clare (Gabriela’s character) loses her baby. Anna, played by Evelyne, is a mother who appears to have everything, but she does not really enjoy motherhood. Rather, she feels bogged down and suffocated.

The sisters explain, “We were interested in exploring contrasting themes. So many women we know want to get pregnant so badly. Sometimes when they do, they don’t enjoy motherhood. It’s complicated. It is assumed that the role of a mother should come easily and feel natural, but this is not always the case. We wanted the audience to feel the loneliness of both women.”

If Anna allowed herself to express the confusion she felt as a mother — her guilt, shame and fear — perhaps she would have sought help instead of walking away from her four-year old child. Many women experience postpartum depression but feel a sense of shame that causes them to act out instead of seek help. We wanted to explore these topics, these dark places that nobody really wants to see. It is uncomfortable for an audience to experience these emotions, but when they leave it is with a sense of relief and a deeper understanding of survival. 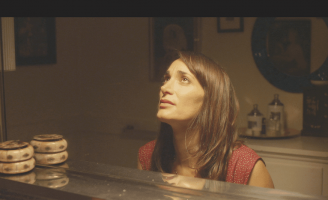 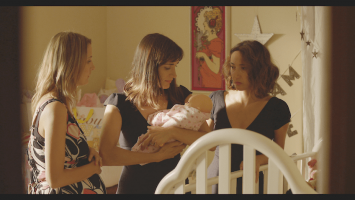