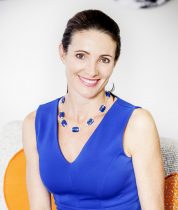 It is likely surprising to very few that Bay Area housing is a lot more pricey than real estate elsewhere in the country. But at the same time, an argument can be made that it is also one of the best long-term investments when compared to other housing markets in America. That is the finding of a new analysis by real estate analytics firm RealtyTrac, reported recently by MarketWatch.

RealtyTrac reported that San Mateo County, Alameda County and Santa Clara County ranked 1-2-3 in the top five most “profitable” housing markets in America. And yes, there were some outside the Bay Area as well. Middlesex County, New Jersey, and Multnomah County, near Portland, Oregon finished fourth and fifth.

The analysis found that home sellers in San Mateo County saw a 65 percent difference ($388,000, on average) between the price they paid for their homes when they bought them and what they sold them for in 2015.

The main reason sellers in San Mateo saw such large profits is that the county is a popular housing market for Silicon Valley tech executives and high-paid employees, RealtyTrac noted. The city of San Mateo itself is a short drive from the headquarters of Google parent Alphabet, Facebook and Oracle, just to name a few tech titans.

In Alameda County, sellers saw a 64 percent difference between the price paid for their homes for and what they sold them for in 2015, walking away with $246,000 on average. The East Bay has benefited in recent years from an influx of buyers who have been priced out of San Francisco and Silicon Valley housing markets.

Santa Clara County came in right behind its neighbors to the north and the east in the analysis. Sellers there took home an average profit of $315,000, with a 63 percent difference between their buy and sell prices. Middlesex County, New Jersey, and Multnomah County, Oregon, followed with a 52 percent and 49 percent profit, respectively.

These big price gains come as home prices nationwide are on the rise with nearly 40 percent of the real-estate markets in the U.S. hitting new home-price peaks in 2015, RealtyTrac found.

The Bay Area counties far outpaced gains in the rest of the country. For the U.S. as a whole, RealtyTrac reports sellers in 2015 realized an 11 percent gain (or an average of $20,378 profit) in sale price compared with purchase price.

The full report can be found here.