Tune in tonight for the fifth episode of Million Dollar Listing San Francisco at 10:00 pm on Bravo TV, and meet one of Red Carpet Bay Area’s favorite real estate agents, Anne Dautun Laury. On this episode, which not even the cast has seen yet, Laury takes viewers on a tour of her co-listing with MDLSF cast member Roh Habibi. The property is located on a beautiful block in San Francisco’s Marina District. The classic Spanish architecture of the building and the picturesque neighborhood will make for some pretty scenes, no doubt.

I asked for some scoop before the episode premiers, but of course everyone is under nondisclosure. However, the biggest questions on my mind were easy to find out: 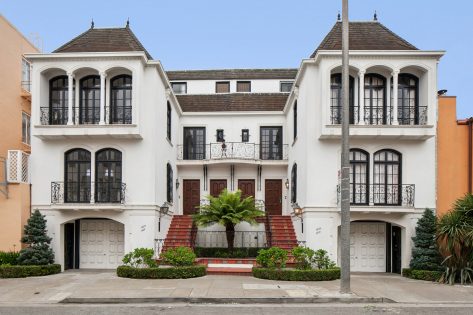 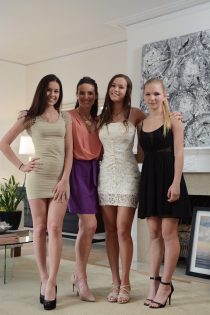 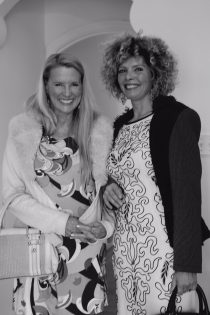 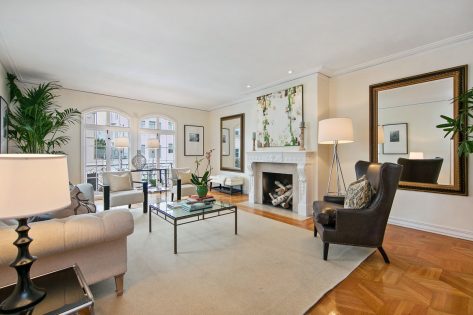 An interior shot of the 5,200 square foot listing at 1627-1629 Beach Street in San Francisco’s Marina District

Did the house sell?

The answer is complicated. The entire building, 1627 – 1629 Beach Street, a two-unit Tenancy in Common (TIC), was featured and filmed for the episode in May 2015 with a listing price at $4.6 million. Since then, in June, the lower unit was sold for $2.5 million. The upper unit, listed on MLS at $2.5 million, is in contract for an undisclosed amount.

The strategy is solid. Since the building is sold in separate units, together they could fetch some $5 million. This is a new record high for two-unit buildings in the Marina District. The comparative market analysis shows the average price per square foot for a two-unit building in the Marina is $733; this one could pencil out at $961 per square foot.

Did the houses shown on previous episodes sell?

This is the fifth episode of the San Francisco version of the reality show franchise Million Dollar Listing. That said, I was curious which listings from episodes one through four have sold. Here is what I found out after some Googling:

The modern Victorian in the Mission District, at 376 San Carlos Street, was represented as sold on the show, but is back on the market at $3.5 million

The condominium in Pacific Heights at 2959 Pacific Avenue, is not on the active market, it was a pocket listing for the show at $4 million; this property was last sold in 1995 for $785,000

The Noe Valley Craftsman at 21 Fountain Street, listed for $3.5 million sold for $3.8 million

The Alamo house, located 25 miles outside of San Francisco at 500 Oakshire Place, was a pocket listing for the show and is not on the market

Tune in tonight at 10:00 pm on Bravo TV to watch the latest San Francisco “reality” drama!