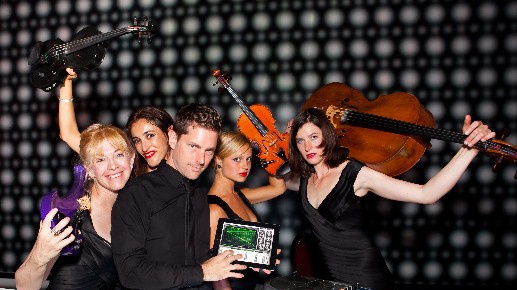 Paris is Burning, the theme for ArtPoint’s third annual Bastille Day party celebrated Jean-Paul Gaultier: From the Sidewalk to the Catwalk, at the de Young. Watch Red Carpet Bay Area’s video of the exhibition, as seen on KICU TV36:

Paris is Burning, Artpoint‘s third annual Bastille Day Party drew some 800 supporters to the de Young Museum on July 14, 2012.  The evening’s theme was inspired by the gender-bending ensembles found in the special exhibition The Fashion World of Jean Paul Gaultier: From the Sidewalk to the Catwalk, and in Jennie Livingston’s critically-acclaimed documentary Paris is Burning. Burlesque accordion player Kitten on the Keys greeted party-goers at the door, Patti Weiss and the string quartet Stringlicious accompanied DJ Daniel in Wilsey Court, and Kitty Kitty Bang Bang flirted with the crowd during two performances best described as a cross between can-can and vintage striptease.

Revenue from ArtPoint events supports exhibitions and programs at the Fine Arts Museums of San Francisco, the de Young and the Legion of Honor, both located in Golden Gate Park. The bad boy of fashion, Jean Paul Gaultier, is in the house at the de Young through August 19.