San Francisco-based fashion designer Jake Wall of JAKE celebrated his debut on Project Runway on August 12, 2015. Wall and his business partner Nathan Johnson hosted some 200 friends and supporters at a first episode viewing party, in a loft space on Market Street. 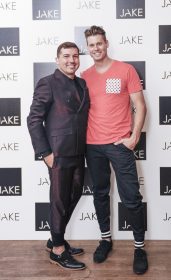 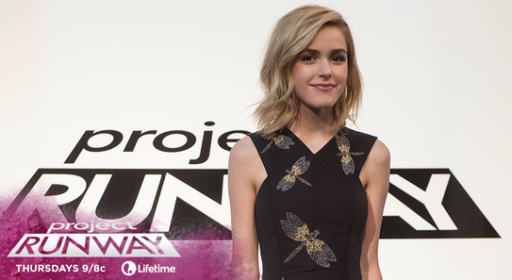 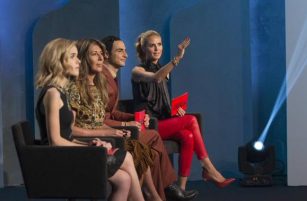 True to form, Project Runway kicked off Season 14 with its pressure-cooker formula still bubbling away. This season’s judges, Heidi Klum, Tim Gunn, Nina Garcia and Zac Posen, were introduced, along with 16 contestants, all fashion designers.

In the first episode, the show’s signature drama began to unfold as designers gathered fabrics strewn about the stands at Madison Square Garden. Contestants had three minutes to run around and gather four pieces of fabric each. The challenge was to design a garment that would not only show who they were as a designer, but also entice judges to want to see more from them.

The second episode was an “unconventional materials” challenge. Everyone gathered in a Hallmark store and grabbed as many cards as possible. The designers then returned to the workroom and made dresses out of the cards. All in just 24 hours.

Last week, designers met on a Celebrity Cruise ship to kick-off a destination themed challenge. This challenge was different because the designers had to partner and collaborate with another, randomly chosen, designer. After Tim Gunn drew the names of the partnering designers, they then went and chose suitcases labeled with various exotic destinations, such as South of France, Greek Isles, India and Hong Kong, among others. The suitcases contained pieces of fabric representative of the destination, and the teams were given eight hours to create an outfit a traveler could wear from day to night, inspired by the aesthetic of the destination.

In tonight’s episode actress Kiernan Shipka, best known for her role in Mad Men, appears as a guest judge. Let’s discuss it all tomorrow. Join Marybeth and Jake at Bespoke in Westfield San Francisco Centre, at 4:30 pm sharp; click here for more details and for your free ticket to the event.