Derek Lam is the creative director for Tod’s as well as his own namesake ready to wear collection.  “There’s a sense of unpretentious casualness and Italian chic to Tod’s, which I love,” Lam says.  Cheryl Fordham and Vanessa Getty recently welcomed the native San Franciscan home with a tea and showing of his Tod’s collection in Saks Fifth Avenue’s shoe salon.

Tod’s called Derek Lam one of the most important designers of his time in 2006, and he was declared an overnight success after his namesake collection debuted in fall 2003. For subtle yet sexy clothes, take a look at Derek Lam Spring 2010. 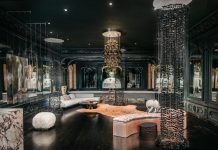 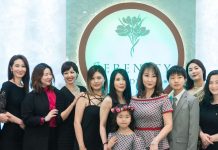 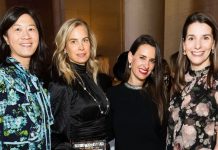