This summer’s Couture Week Paris, July 6 – 11, 2014, featured some 25 international fashion designers and 30 fashion shows for fall 2014 and winter 2015.  Worldwide jet setters and well-known celebrities gathered to witness the shows by Alexis Mabille, Chanel, Christian Dior, Giambattista Valli and On Aura Tout Vu, just to name a few. Two of the most prestigious and interesting events were Chanel for its never-ending sophisticated innovation and Christian Dior for blending the 18th century and astronauts.

The Chanel show took place at 10:00 am on July 8th at the Grand Palais in Paris. Chanel’s fall and winter collection was described as avant-garde with cutting-edge studied looks. Bright and colorful orange red and blue and some shades of gray, both gold and silver metallic embellishments and the traditional black and white dominated the runway. The punk hairstyles were noteworthy.

A new and interesting combination appeared: short pants worn under skirts. Every runway look was paired with elegant, flat sandals.  Handbags were worn across the body. Shoulder and waist shapes were rounded, and many dresses were ankle-length.  For the show’s finale, Karl Lagerfeld escorted a beautiful and pregnant model who wore  a wedding gown.
The Christian Dior show took place at 2:30 in the afternoon on July 7th in a simple cylindrical white pavilion, located among foliage in the gardens of Musée Rodin. Artistic director Raf Simons was inspired not only by the 18th century, but also cosmonaut and astronaut suits. The collection was a travel through time.  “I was interested in the process of finding something extremely modern, through something very historical; particularly through a juxtaposition of different themes. The historical inspiration is not the justification of the collection; it isn’t its entire meaning. What I was attracted to was an idea of architectural construction and how the foundations of one era are based on another, how the future is based on the past. That is what I found fascinating”, Raf Simons said about the inspiration for his collection. 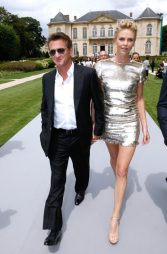 Sean Penn and Charlize Theron at the Dior show 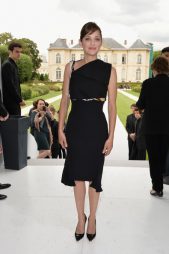 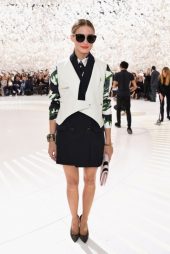 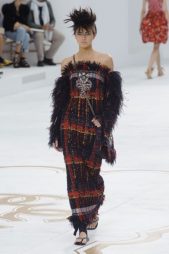 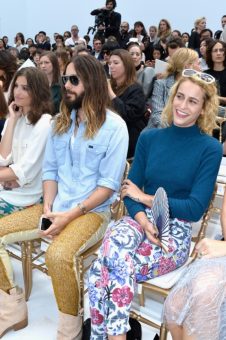 Jared Leto at the Chanel Show 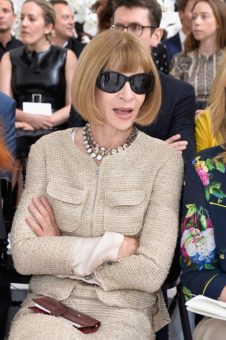 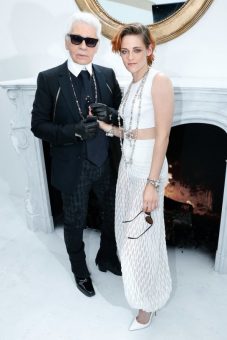 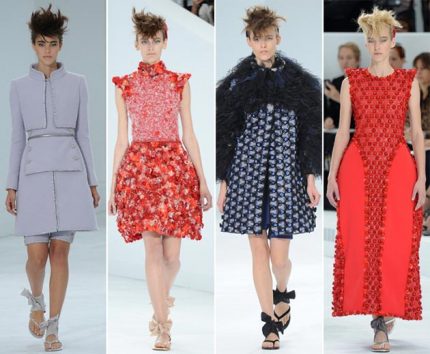 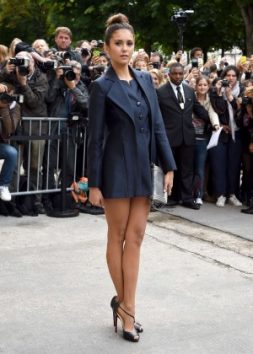 Nina Dobrev at the Chanel show 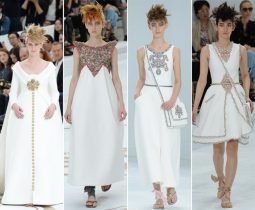 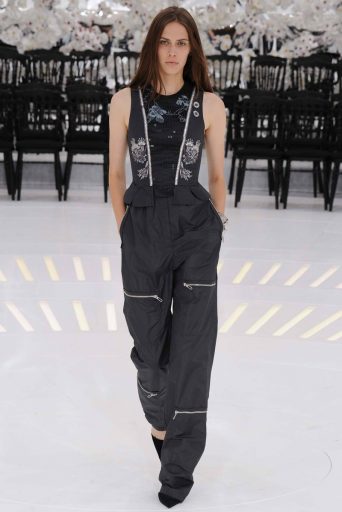 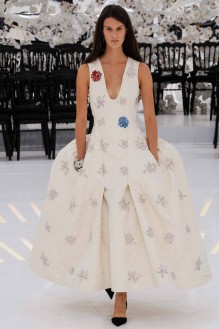