“This Cinderella is different from other ballet versions of the story,” said Wheeldon. “We’ve combined elements of the Grimm and Perrault versions of the tale and added some of our own — the production is comical, romantic and theatrical …” Set to the music of Sergei Prokofiev with no fairy godmother, pumpkin coach or clock striking midnight, we glimpse Cinderella’s life before her mother dies and watch as an enormous magical dancing tree, created by award-winning puppeteer Basil Twist, and four spirits watch over her.  There were 51 chandeliers in the production and 51 chandeliers in the elaborate dinner and after-party tent created by Riccardo Benavides of Ideas for the Cinderella Opening Night Ball. Click here for scenes from the Cinderella Opening Night Ball. 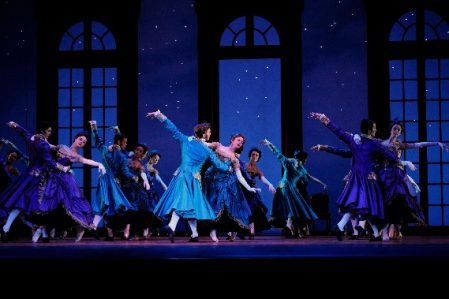 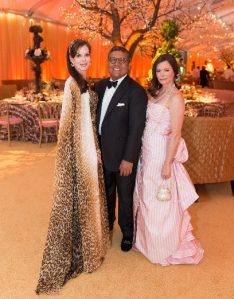 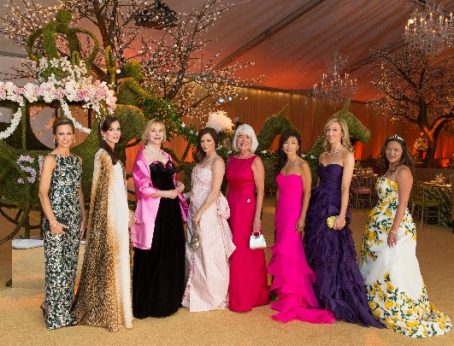 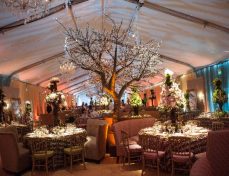 The benefactor dinner tent with 51 chandeliers 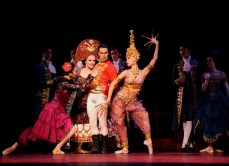 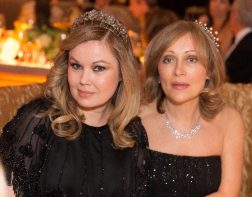 Former ballerina Larissa Roesch’s ensemble was reminiscent of the lead character in the animated musical fantasy film Cinderella, circa 1950 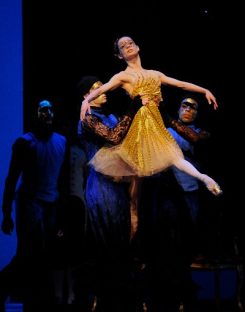 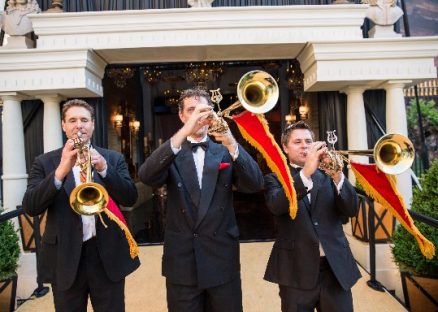 Musicians and footmen greeted guests as they entered the tent 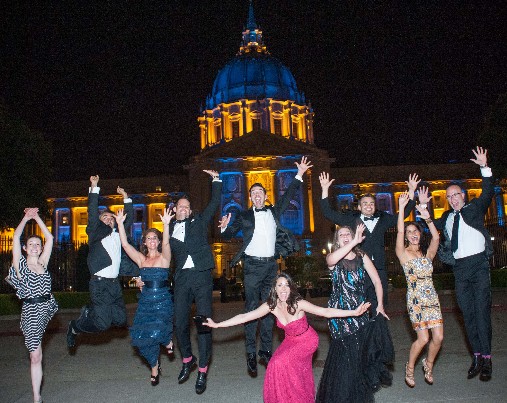