Channeling Love took guests back to the iconic television shows of the 1970’s at the Salzman’s Atherton home on February 5, 2011. Nearly 400 guests crossed over into the Twilight Zone when they entered the party through a giant television in the front yard.

“I think I love you!” sang The Partridge Family, in front of their painted tour bus, parked in the front yard. The Beverly Hillbillies played banjos in the living room, cops from CHiPs made arrests in the media room, Saturday Night Live was onstage in the kitchen, and the backyard became I Dream of Jeannie’s bottle. Spouses were tested on The Newlywed Game and the I Love Lucy famous conveyer belt filled with chocolates was in motion all night long. Guests mingled with The Addams Family, Edith and Archie Bunker, Gilligan and Skipper, and Tatoo from Fantasy Island, just to name a few of the characters represented.  The event was created by Manus and Salzman and produced and designed by Robert Fountain and his team. 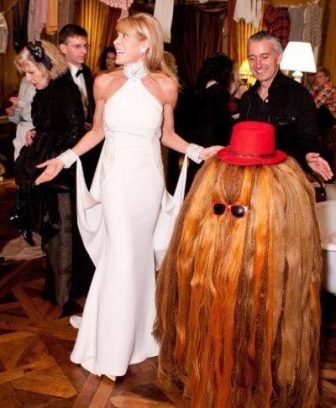 Jillian Manus with Cousin It 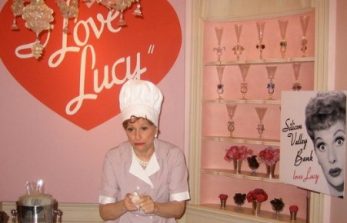 I Love Lucy at the Salzman’s Valentine’s Ball, Channeling Love 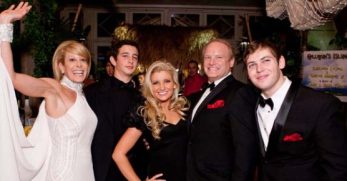