Home Anne Laury Will the California Seller’s Market Continue in 2017? 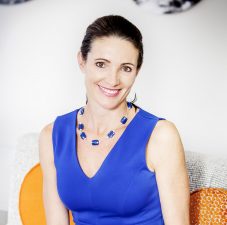 Will the California Seller’s Market Continue in 2017?

Thanks in large part to a shortage of available homes and an abundance of demand, California’s housing market remained strong for sellers throughout 2016. Will the seller’s market continue in 2017? Last year mortgage interest rates hovered near historic lows, but as 2017 gets underway we are experiencing an uptick in interest rates.

Factors that Could Impact the Housing Market This Year

Although mortgage rates remain relatively low by historical standards, the sudden increase in rates is one of several factors that could impact the housing market. Will low inventory levels begin to rise? Will the job market remain strong and continue to grow? What impact will the Trump administration have on the housing market and the economy?

A panel of industry economists in a recent article in Inman News, the national real estate trade publication, said they generally expect 2017 will remain a seller’s market in much of the country. But they believe that trend could begin to give way to more favorable conditions for buyers in 2018 and 2019.

Markets in the western U.S. have seen the most significant price appreciation, making it difficult for first-time buyers to find success. Smoke expects that trend to continue, but sees great variations geographically – even from city to city and neighborhood to neighborhood in a particular market.

“We’re seeing some clear patterns emerge within markets — one might be slowing down and cooling off where another part is really heating up,” he told Inman. “Real estate is so local that I would argue that a neighborhood view is really where you can see the differences and disparities and changes that are occurring around the country.”

The economists did project that inventory levels will likely rise in 2017 and new construction will pick up as well, giving frustrated buyers a bit more to choose from.

The upshot is that sellers might find that it will take a little longer to sell their property this year than it did in 2016. However, the increase in listings and construction probably won’t be enough to offset pent-up demand from buyers as long as the job market remains strong.

The National Association of REALTORS® publication, realtor.com, said the days of multiple offers and bids well over the asking price probably won’t go away in 2017 – although they may not get much worse from a buyer’s standpoint.

Citing rising mortgage rates and a shortage of affordable homes for sale, realtor.com projected a smaller increase in sales in 2017 than last year and slightly slower price appreciation of about 4 percent on average nationally, down from 5 percent in 2016.

“2017 will be a year of growth in both sales and prices, but that growth will be slower than what we’ve seen over the last three years,” according to Smoke.

Much of what happens in the coming year could depend on how high mortgage interest rates go. Smoke projects 30-year fixed mortgage rates to rise to 4.5 percent in 2017, while Gudell of Zillow expects a peak rate of 4.75 percent following additional Fed rate hikes.

No one knows for sure what will happen to interest rates or the housing market. But if you have been thinking about buying or selling your home, now may be a good time to make your move before rates go higher and while demand for housing remains strong.