We finished a banner year in San Francisco with real estate sales that reached an all-time high. The usual holiday lull never happened — we were showing houses on December 24th! The activity continued during the first week of January with record attendance at open homes.

To put our market in perspective, the median price for existing homes in the entire state of California is $540,000. In the United States, the average house is $248,000.

For the first time, District 5, which consists of Noe Valley, Eureka Valley, and Cole Valley, recorded the highest number of sales above $3 million in the city. Of those 83 total sales, seven were priced above $5 million.

District 7, which consists of Pacific Heights, Presidio Heights, Cow Hollow, and the Marina, recorded a total of 79 sales above $3 million; 45 of those sold for more than $5 million. 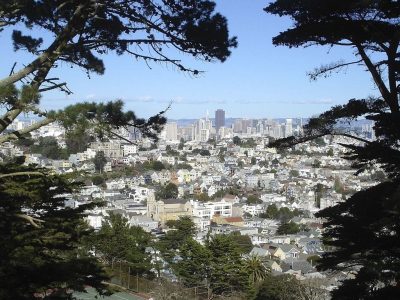 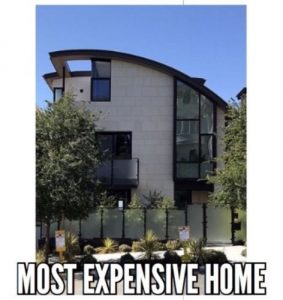 2712 Broadway, the most expensive home sale on record in San Francisco

The Top Five Most Expensive Homes Sold in San Francisco 2017:

The rules governing the mortgage interest deduction in the newly passed tax law could impact borrowing. 2018 is a year with new tax laws, new land use issues, a new Planning Commissioner assignment, and of course many Planning Code amendments. I recommend keeping up to date with the latest local real estate planning and development news by following Reuben, Junius & Rose LLP.

According to Mortgage News Daily, applications for both refinancing and home purchasing were up substantially during the first week of 2018. Mortgage rates are expected to average 4.6 percent throughout the year but reach 5 percent by December. If you haven’t already, the time is now to refinance.