Mercedes-Benz Fashion Week Africa (“MBFWA”) 2012 was hosted by the city of Johannesburg in South Africa and featured some 30 designers from across Africa. MBFWA hasn’t yet garnered the same level of attention as sister shows in New York, London or Paris but it is only in its fifth year, and 2012 marks its first year with sponsorship from Mercedes-Benz. The familiar white tents — a signature of Mercedes-Benz shows around the world — drew reporters from big international publishers like the Huffington Post and the Sartorialist.

Open to the Public

A feature unique to Mercedes-Benz Fashion Week Africa is their ticketing policy. Anyone from the general public can purchase tickets to the fashion shows. Seats are available for approximately $15 US. It’ is unclear whether the organizers of MBFWA will continue this policy as their event grows in prominence. Julee Wilson of the Huffington Post remarked, “I shutter to think what would happen if a mere civilian landed a seat next to Anna Wintour. Two words: pure mayhem. Nevertheless, it has been refreshing to see folks from the general population react to designs through unjaded eyes.”

The organizers also worked to embrace the culture of blogging in fashion both to promote their show and to keep up to date on trends in different markets.

Another unique part of MBFWA is the Fastrack program which awards a young designer opportunities to help fast-track their career. The winner receives mentorship in design and business development, and, of course, the publicity associated with the award. For many budding designers, brand recognition can make the difference between existing on the fringes and developing a steady clientele.

This year’s winner was Kim Gush. Gush studied clothing design in fashion school, as well as film, and has a passion for the ancient histories. Gush is quoted in her designer bio as saying, “To understand where we are today, we need to explore where we came from.” Her collection of menswear used dark fabrics and leather to create a sense of morbid elegance which was punctuated by the silver half-face masks worn by many of the models. The accessories called to mind the villain Bane from the Christopher Nolan film, “The Dark Knight Rises,” lending a sinister intrigue to the clothing.

Gush, as part of her prize, will also have the opportunity to shadow Fred Sathal. Sathal is an established French designer who showcased her “Constellations” collection at MBFWA. For a taste of Gush’s style, take a look at the video below which highlights “IN/MOTION,” her 2013 ready-to-wear collection. Photos from the award-winning fashion collection are available on the Fastrack blogger page.

Closing night included ceremonies for the Africa Fashion International Awards. Awards were given to designers, models, style icons, stylist and contributors to the industry. Here is a list of all of the winners: 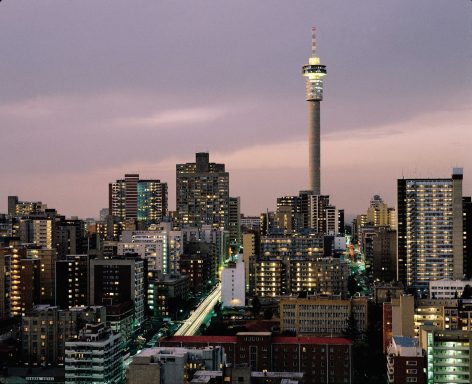 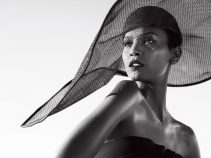 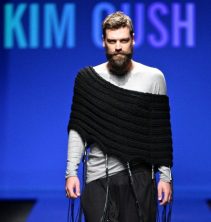 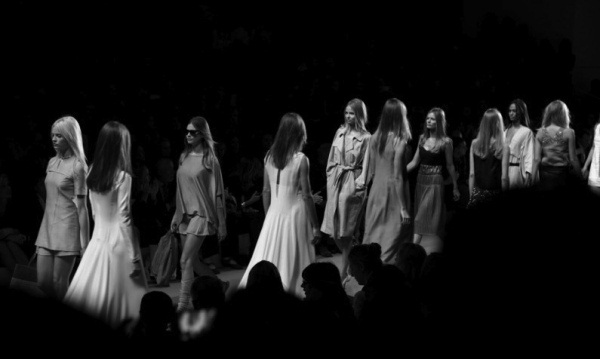