From the moment I entered the large white tent set up in the far corner of the Jardin des Tuileries, near the Place de la Concorde, and saw the black walls, black seating, huge colored crystal globe and raised podium illuminated onstage, I had the sense that I was about to see a unique fashion show. And designers Viktor Horsting and Rolf Snoeren did not disappoint. Not only were we treated to a cutting-edge, dramatic fashion show, but also a live concert – Irish electronica singer and songwriter Róisín Murphy performed from atop the podium throughout.

Tulle was the prominent look in the collection – it appeared in gorgeous shades of sherbet on cocktail dresses, bodices and entire gowns. Also seen were silky pastel jackets, pants and camisoles. The show-stoppers were the gowns of tulle that were sliced and chopped in completely new ways – for example, a bright coral tulle ball gown with a hole cut through the skirt, or the finale gown that looked like it was perfectly sliced from above the model’s left shoulder down to the inside of the her right ankle, to create a razor-sharp diagonal of ice blue tulle.

What I did not expect to love as much as I do is the shoes – I do not own, and cannot say I’ve ever even seen before, Viktor & Rolf shoes — but the diagonally ribboned heels, ankle strap sandals covered in pink flowers or black ruffles and “shooties” in nude and black embellished with crystals are some of the most, if not the most, fabulous shoes I saw all week. As a matter of fact, I’ve already ordered two pairs! Viktor & Rolf’s clothes may not be the most use-friendly, but their Show was one of the most fun-to-watch and memorable of my Paris Fashion Week experience. 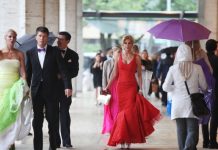 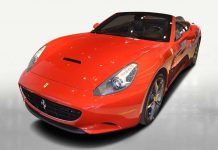 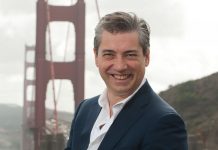