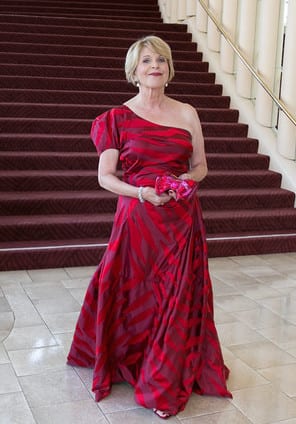 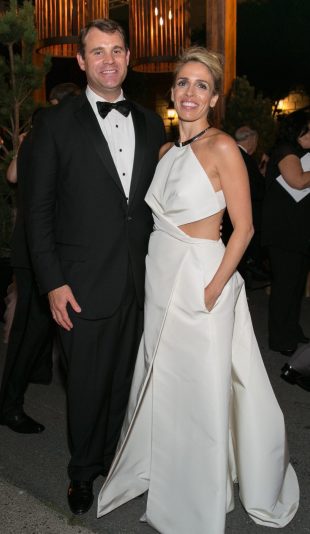 Stylish scenes from the dinners in the Wattis Room and the Patrons Tent:

Jennifer Siebel Newsom (in a gown by Valentino) and Gavin Newsom 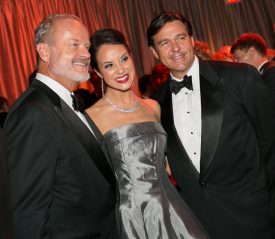 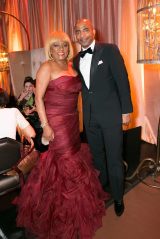 Brenda Wright (in a gown by Vera Wang) and Steve Bowdry 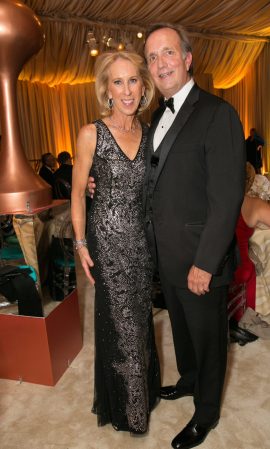 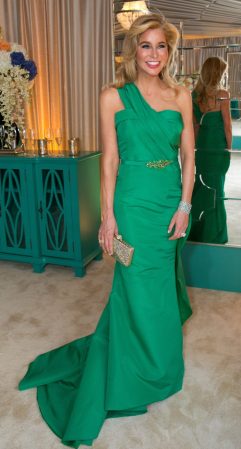 Nicole Curran in a dress and gloves by Prada 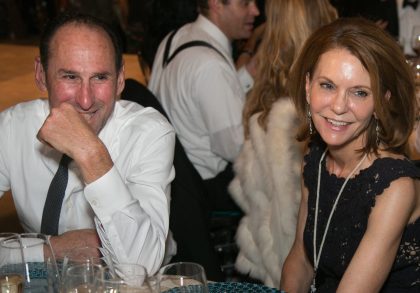 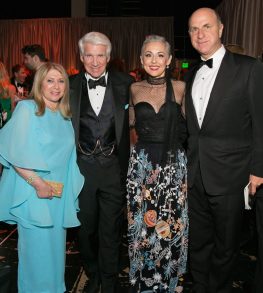 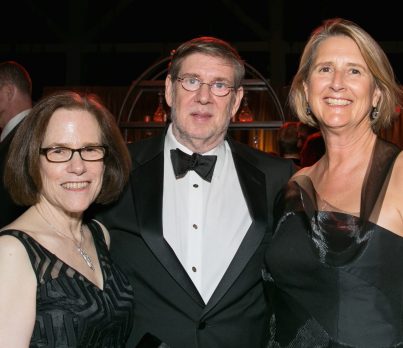 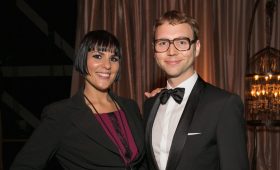 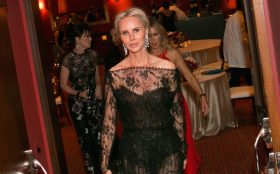 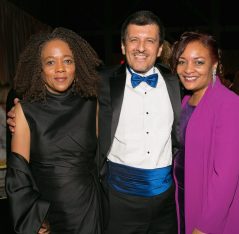 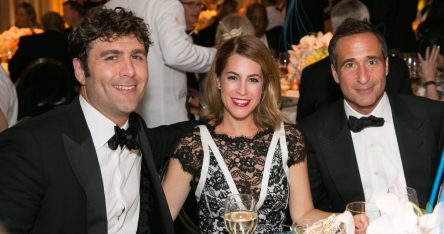 Some 730 guests dined in the Patrons Tent at $1,750-$10,000 per seat; just 30 in the Wattis Room at $1,600 each. Across Van Ness Avenue at City Hall, the Symphony Supper guests paid $495-$850 each, and the Symphonix Dinner seats cost $425-$750. McCall Associates provided catering for all dinners. The décor for all cocktail receptions and dinners, the pre-concert reception in Davies Symphony Hall, and the afterparty was by Blueprint Studios. Additional production partners included Got Light and Michael Hensley Party Rentals.