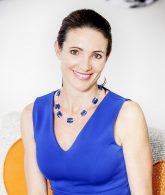 Home sales in the nine-county Bay Area turned in their best September since 2009, with suburban counties enjoying the strongest gains, according to a recent report by CoreLogic, the real estate information services company.

Overall, some 7,816 homes sold in the nine-county Bay Area region, up 6.9 percent from last September.

Sales activity could be shifting to lower-cost parts of the Bay Area as buyers get priced out of higher-cost ones, the San Francisco Chronicle reported. To be sure, more than 40 percent of all sales last month occurred just in Alameda and Contra Costa counties.

But Andrew LePage, research analyst with CoreLogic, said it could also be that people in lower-cost areas who were “stuck in their homes” because they owed more than the homes were worth “finally have enough equity to sell. We are unlocking some inventory there (inland counties). In the high-end coastal communities, that played out earlier.”