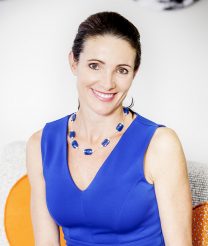 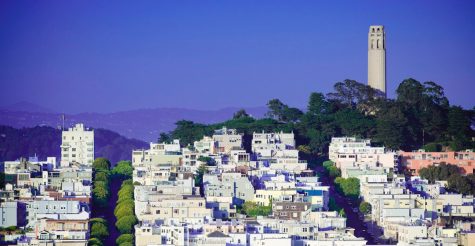 San Francisco Bay Area house hunters who have been pounding the pavement to get into a home probably won’t be surprised by this news: Bay Area properties are selling faster than anywhere else in the U.S., according to a recent study by Trulia.

In one more sign that we’re going through a red-hot seller’s market here, Trulia reported that the San Francisco, San Jose and Oakland metro areas are indeed the three fastest moving markets in the nation. It’s interesting to note that the top five markets are all in California (including San Diego and Orange County), and eight of the top 10 markets are in the Golden State.

As the San Francisco Chronicle points out in its story on the report, “With historic low inventory continuing across the nation, buyers aren’t waiting to jump on available homes, which means a trend of fewer days on the market (DOM).”

But many of our agents would probably tell you that Trulia’s DOM for the Bay Area markets is far too conservative. As you’ll read in local market reports below, it’s not unusual to see well-priced, well-maintained homes in good neighborhoods selling within a week or two – and with multiple offers over the asking price.

Below is a market-by-market report from Caldwell Banker San Francisco Bay Area offices:

North Bay – All price categories are still seeing multiple offers – varying from two to 10, our Greenbrae manager reports.  The huge numbers of multiple offers seems to be dwindling due to buyer fatigue.  Buyers are getting frustrated in writing offers, many writing offers for up to six or seven properties, and still not getting the property. We’re also seeing back up position offers going into primary, as multiple offers push the winning buyer beyond their comfort level, often creating buyer’s remorse. The Novato area market is starting to experience a steady increase of inventory.  The past two weeks there have been far more properties on tour.  There has been an uptick in sales activity due to increases in inventory and less multiple offers in the area. Our Santa Rosa Mission office manager says many agents are frustrated that the market is ultra-competitive for their buyers (writing many offers to get a property) and the low-end market has virtually disappeared with the median price in the county now at $541k, which is highest level since 2007. Some new listings in the Sebastopol area are seeing swarms of attendees. Agents report double and sometimes triple digit attendance. Properly priced inventory sells quickly and normally above asking price with multiple offers. It’s a great time to be a seller in Sonoma County.

San Francisco – Little change in the market over the past couple of weeks, our Lombard manager reports. Solo offers are rare. Some entry-level homes and condos going up to 30 percent over asking. A slight inventory bump in condos this week but the sales have kept pace. No long-term indications in SF for inventory relief. The market continues to strongly favor sellers, as buyers continue to tussle over too few listings, according to our Market Street office manager. Every property that ratified during the past couple of weeks did so with multiple offers (from 2 to 8). Open houses and broker tours continue to be well attended, as buyers and their agents continue to hope for a bump in available inventory.

SF Peninsula – Burlingame North agents are still receiving multiple offers on almost everything, but not as many competing offers for each property as they were experiencing earlier.  However the overbids in most cases are still off the charts and can be as high as 30-40 percent over the asking price depending on location, price ranges for the location, condition of property, etc. We’re sounding like a broken record but low inventory is still problematic in relationship to the demand. Across the hill in Half Moon Bay, inventory is still very low.  Condo/townhome inventory is extremely low.  Our office just had huge two sales in Menlo Park – a $9 million and an $11 million sale (both off market), to go along with a $19 million sale in Woodside. The high end, quality, first class, newish home market is almost insatiable. Agents still need more inventory in Woodside and Portola Valley. More cash deals and stricter lender guidelines create less fear of another ‘meltdown’ as prices climb.

Silicon Valley – More inventory is coming on and things don’t seem quite as frenetic, according to our Cupertino manager. Agents have some good properties that are taking several weeks to get into contract. It’s time for those discouraged buyers to try again. In Los Altos Hills some higher end homes that have been sitting for more than one month either have taken a price reduction or sellers agent says they are working on a reduction, our Los Altos manager reports. Entry level to under $3 m is still selling well, with a little extra time than 7-10 days of marketing. The high-end price is still top heavy. Buyers are very educated today and know market pricing. As the Willow Glen Market moves into the spring selling season agents are finally getting some relief with healthy new listings — there are 58 active listings — the high watermark for 2015, and agents are seeing up to 20 new listings coming to market each week.