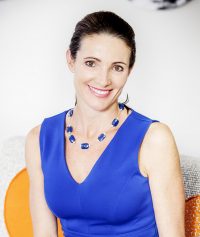 In the U.S., one sector increasingly on the Chinese shopping list is real estate, especially in California. Buyers are snapping up expensive homes and high-end commercial properties at a record pace. Chinese investors shelled out nearly $11 billion in U.S. real estate in the first five months of 2016, far surpassing last year’s total of $4.37 billion, according to a report by real estate firm Cushman & Wakefield.

The research shows that the West Coast has proven a major draw with Chinese investments, literally changing the skylines of downtown Los Angeles and San Francisco. In San Francisco, Beijing-based Oceanwide Holdings has acquired land that will house the city’s second-tallest tower, and several other Chinese-backed developments are being planned.

Overall, Chinese investment in the U.S. is surging and on pace to break records, according to a new report. From high-tech firms to entertainment companies to commercial and residential real estate, Chinese companies and individuals are pouring more and more capital into the Golden State.

All told, Chinese companies plowed a record $15 billion last year in the U.S. and that figure could more than double in 2016, according to research firm Rhodium Group and the National Committee on US-China Relations and reported in Yahoo Finance.

“California, especially the San Francisco Bay Area and Los Angeles, has been at the forefront of China’s appetite to invest overseas, with billions of dollars going into the technology, renewable energy and entertainment sectors, and increasingly into real estate,” Yahoo stated. “China has pumped $8 billion into California businesses since 2000, more than in any other state.”

Yahoo notes that the buying frenzy is showing no signs of abating, despite volatility in China’s economy and mounting rhetoric during the US presidential campaign. While the political climate isn’t helping, Yahoo says cities across America are welcoming Chinese investments with open arms, drowning out the campaign rhetoric and anti-China sentiment in Congress.