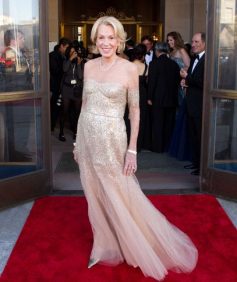 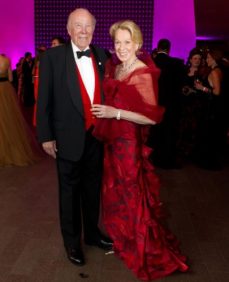 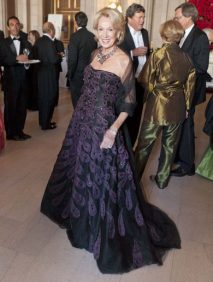 Charlotte Shultz is Chief of Protocol for the City and County of San Francisco, a position she has held since 2003, and one that she calls a privilege rather than a job. Charlotte is the wife of former United States Secretary of State George Shultz. She is an active philanthropist and the chair of San Francisco’s special events and host committees. Charlotte not only attends and plans countless parties and events, she also represents San Francisco Mayor Ed Lee, and entertains consuls general and their spouses. We caught up with her in 2011:

Do you have any wardrobe challenges?  My challenge is that I am a pack rat! I like everything I buy and I don’t get rid of anything.  This comes in handy for the vintage trend; I have my own pieces to choose among. 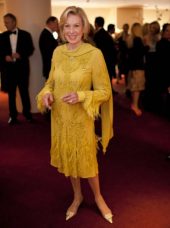 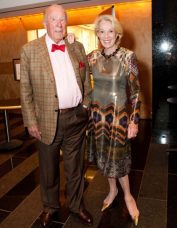 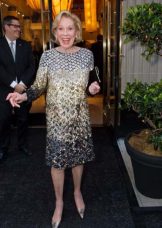 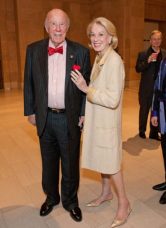 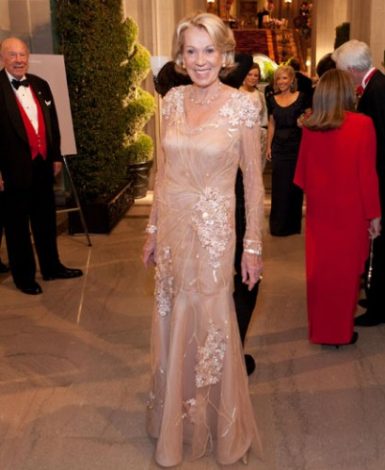 Charlotte Shultz in a gown by Tosca at the San Francisco Ballet Opening Gala, January 2011 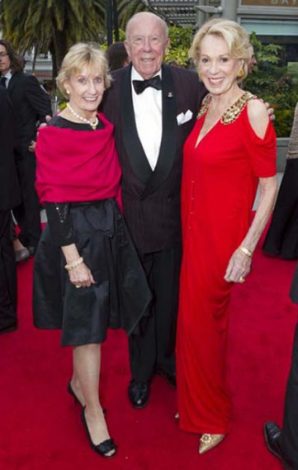 How do you choose what to wear?  I look carefully at the invitation; the invitation sets the tone. For business-related events, I wear skirt suits rather than pantsuits or dresses with jackets.  I enjoy being a girl! When raising a flag with the consular corps I pull those colors into my outfit.

Will you share a fashion tip?  I recommend wearing what’s right for you rather than following trends.  My skirt length doesn’t change year to year, I avoid short jackets, and I don’t want to wear what everyone else is wearing.

Which beauty products do you use?  I trust dermatologist Megin Scully; she has me using one cream for both day and evening. When it comes to makeup I can get it on in one minute! I use eyeliner, mascara, a little bit of foundation and MAC lipstick in a shade of orange or pink. Because my days are often long I am on a seemingly endless search for hair products that give my hair more body.

How do you stay so energetic?  People ask me if I take vitamins; I buy vitamins, though I rarely take them because I don’t like taking pills.