Home Between Us ... Alexander McQueen Gone at 40 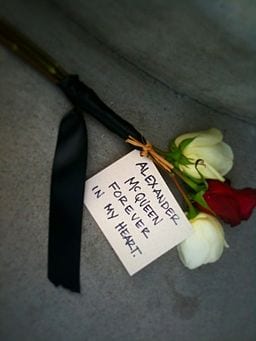 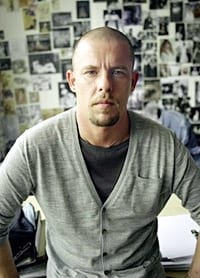 February 11, 2010 — Sad news in the world of fashion today:  Alexander McQueen was found dead at his home in London. It appeared he took his own life.

Born in London 1969, McQueen’s desire to design started early. He started making dresses for his three sisters. Before the age of 20, both Mikhail Gorbachev and Prince Charles were among his clients. In 1996 he was appointed as head designer at Givenchy, and had earned a reputation as l’enfant terrible for his shock tactics and controversial behavior. As just one example, while at Givenchy he sent a model who was a double amputee down the runway with intricately carved wooden legs.

McQueen’s clothing was adored by many. May he rest in peace. Read his obituary on The Guardian.